A self-described supportive people person, Anthony Tran joined Rollbar as a support engineer five months ago. He enjoys building tools to help others improve their productivity, as well as helping customers get integrated with Rollbar. 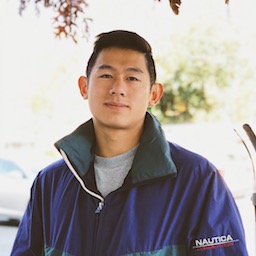 A Bay Area native, Anthony grew up in Alameda before going to U.C. Berkeley to double major in computer science and cognitive science. He always liked math, but when he took his first college math course (multivariable calculus), he decided to study computer science instead. He liked studying computer science because it is similar to solving puzzles. After graduating in August of 2017, Anthony joined us here at Rollbar.

Anthony was drawn to the support engineer role in particular because he already had customer success experience, as well as coding experience, and he likes that this role lets him utilize both skill sets. He decided to join Rollbar because he really likes the idea of increasing productivity and efficiency. As he said, "I try to live my life along these lines and always try to be productive or efficient with most of what I do. There are times when I like to do nothing, but the idea is to 'work smarter, not harder (sometimes)'." Additionally, Anthony describes the culture at Rollbar as very open and supportive, where everyone has a shared goal and collaborates together to try and achieve this goal.

Outside of work, Anthony likes to keep active by playing basketball and rock climbing. He also enjoys playing chess and has a fascination with bridges. A world traveler, he has a pair of shoes that have been in seven countries: the US, China, Thailand, Cambodia, Vietnam, Myanmar, and Laos.

We're delighted to have Anthony on the team here at Rollbar!

If you haven’t already, sign up for a 14-day free trial of Rollbar and let us help you take control of your web and mobile application errors.

How a Hackathon Led to 80% Fewer Rollbar Items